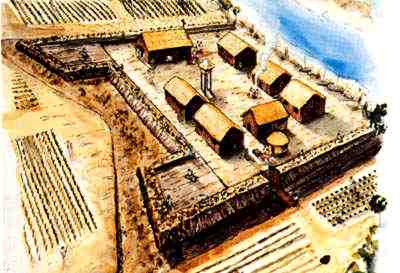 Since the earliest days of the Atlantic slave trade and European colonization in North America, African people have sought and fought for their freedom at every possible opportunity. In doing so, African people who escaped the oppression of European rule formed their own communities and societies where they could create and defend the conditions of freedom for themselves. In his forthcoming work, Dr. Modibo Kadalie investigates two of the most famous examples of these societies from the 18th century: The Great Dismal Swamp in North Carolina and Fort Mose in Florida. He argues that these self-emancipated societies were organized directly and democratically by communities of freedom-seeking people. This is especially important in the case of Fort Mose, which is often mistakenly understood to be an effort that was initiated by the Spanish colonial government of its time. Dr. Kadalie also examines how these communities related to their ecological surroundings, as well as their relationship to the region’s indigenous nations.

Untitled Project: The Appropriation of African Science in Geecheeland

In the 18th and 19th centuries, coastal Georgia’s rice plantations were sites of brutal violence and forced labor for generations of trafficked and enslaved African people. However, it was not only African labor that was exploited by white slave owners, but also African knowledge, science, and technology. White appropriation and exploitation of African science was a crucial component of rice farming and also contributed to the emergence of white-dominated mainstream botanical sciences and nature conservation in the United States.

In their research, Olga Cielemęcka and Andrew Zonneveld are investigating the site of a former rice plantation in coastal Georgia, where a slave-owner exploited African science not only to produce a cash crop, but also to create a large botanical garden that was visited by many leading botanists of the early 19th century. Although the garden was maintained by enslaved Africans, members of the white slave-owning family used the garden’s reputation to build their own academic prestige and established academic institutions that still exist today. Cielemęcka and Zonneveld will show how this racist history also connects to the emergence of a white-dominated nature conservation movement following the U.S. Civil War. They will also provide examples of how this history has impacted struggles for Geechee autonomy through the 20th and 21st centuries.

Through this research, we will explore the interrelationship between social and ecological struggles in Geecheeland and between between humans and the other organisms that make their surrounding ecology. We will also learn how understanding the history of science as a collective social effort “from below” can point the way toward an ecologically sound future.